New Orleans, LA – Though the day started out rainy, it soon became colorful when we attended liturgy at Our Lady of Guadeloupe/St. Jude. The church itself was vibrant just as the Mass was. The congregation and the choir filled the church with soul, joy, and faith. 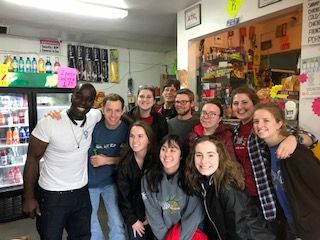 When mass was over, we began our new adventure: exploring the city of New Orleans. We spent hours traveling all areas of the city, admiring the architecture, and enjoying the first touch of sun on our skins. The most riveting activity of the tour was Burnell’s, a grocery store.

Why was a grocery store so exciting? Well because of Burnell! Burnell, a veteran, opened up the very first grocery store in the 9th ward after hurricane Katrina hit in 2005. He had called several huge grocery chains such as Walmart to come and build a store in the area but their response was that the 9th ward was a food desert. So Burnell took his entire life savings and created Burnell’s.

Burnell’s store consists of a convenience store, laundromat, and snow cone stop.  Burnell shared his goals and aspirations for the store in the future including an internet café for the children who lived in the neighborhood. Not only is Burnell an inspiration to us but to people all over the world. He has been visited by stars such as Mark Zuckerberg, meet former President Obama, and was on the Ellen DeGeneres Show. The rapper, T.I, has even filmed a movie there in which Burnell is casted in his first Hollywood film playing himself. 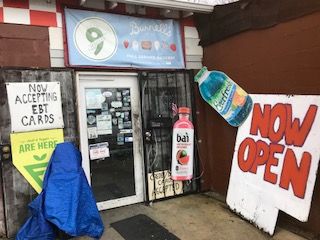 We were blessed and inspired to have explored New Orleans as well as meet Burnell and we wish them all the best in the future!